Simplifying Your Business Through Reengineering 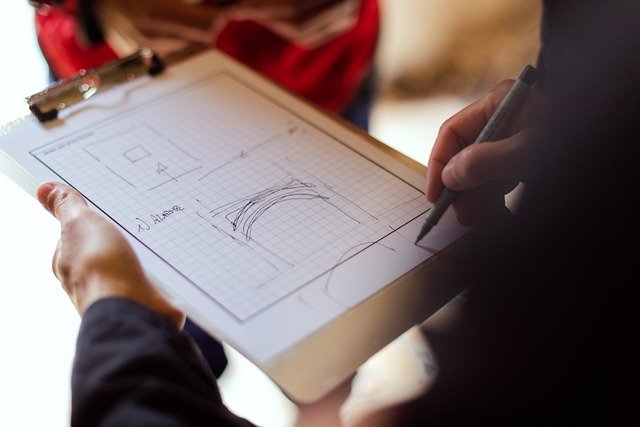 As businesses grow, add staff, have more clients or bigger clients, processes can sometimes be dismissed to just the job done, or not established, or even worse, evolve into a highly complex process that is costly and inefficient. This can happen when a problem occurs with one client and the process is changed to correct the problem for future use.

The reengineering process was popularized by Hammer and Champy in their book of the same name. The book Reengineering is about simplifying the process of running your business. This leads to a business that is more streamlined, efficient, quicker and resulting in being more effective and ultimately profitable. Below an outline of the steps to reengineering.

In prior posts tips have been provided to increase your personal productivity. Now, we will focus on raising your business’ productivity. The goal, excuse the cliché, is to build a well-oiled machine that can run almost by itself, or, at least, without a lot of time investment from especially you as the business owner, but also your team. You may be asking yourself, “How do I do this?” You break down your processes and take out the complexity as a start.

Fight Against the Complex

If you have ever worked in a large corporation, you know the level of complexity that can come out of such organizations. In fact, as a business owner, you may have rebelled against such complex process, but, none-the-less, find yourself in the midst of them again. It is almost a natural progression. From adding staff, bigger clients with higher expectations or more difficult projects, it is natural to add to the process which seems, at the time, to solve for a problem, but in the end leaves us with a lot of extra steps, tasks and work in general. This means the process is no longer efficient, cost effective, and frankly, fun to do.

Focal point has developed their “The Law of Complexity” after several years of working with businesses and organizations. This law states:

The complexity of a process increases by the square of the number of steps in that process.

The Law of Complexity can be shown mathematically as follows:

Within this business context, complexity is defined this way:

Complexity is the potential increase in the costs, time and number of mistakes in completing any task or finishing any project.

Notice the emphasis on the word “potential.” In other words, any complex process will not always cause more cost or be inefficient or delay with more steps, it just has the potential to with the number of steps increasing.

Complexity and What it Means

If you start with a one-step process, using the above Law of Complexity, the square of one is one. In other words, the complexity in a one-step activity is very low. However, when you add a second step the level of complexity becomes two squared, which is four. So, when you add an additional step the potential for mistakes, costs and delays increases by 400%

And it continues from there. It is exponential. Adding a third step, the complexity level goes to nine, again increasing the potential for mistakes, costs and delays. And it doesn’t stop. With each step it increases the complexity level exponentially. It is actually the reason behind government waste or large corporations taking months to get something done. Steps to the process and usually with errors, high costs and many delays.

While it is suggested to review your processes proactively with a pre-assigned timeframe, for now start with a process that is dragging your business down right now. First, stop the process. Second, review the process, all the steps and people involved along with an analysis of where mistakes are happening, what the costs are and where delays are happening.

Review every item on the list and ask questions, figure out how and why each step is being done this way. Once you have all your findings, the goal is to reduce the steps. Set a goal of reducing steps by 30% or more, if possible.

Break Down the Process

You can approach breaking down the process in two ways: Collapse the process or consolidate the process. In collapsing the process, you reduce the number of steps involved. Most of the time steps are added when errors have occurred in the past. However, eventually, more steps lead to the potential of more errors. Suggestions would be to eliminate duplicate steps. For example, a form that currently needs approval from more than one supervisor can be reduced to one approval. The other method, consolidating the process combines several of the steps being done by several people into one single step for one single position. For example, if it is currently five people’s responsibilities to approve five different sections of a document, consolidate into one person checking all five sections.

After simplifying business processes and determining a time-frame to review them on a proactive basis, the other important step is developing this mindset in the culture. Speed, efficiency and a sense of urgency is important to this process. When you see or hear of anyone adding steps to a process, take the time to discuss and lead people to think differently.

I’d love to hear from you! If you have a question or comment please share it with me below and I will be in touch with you very shortly: